Everyone has a hard time with barre chords. (If you don’t, you’re either lying or you’ve forgotten what it was like to first play barre chords.)

- Getting your fingers in the right shape.

- Fighting those hand pains and aches.

- Or struggling to get the strings to ring out…

I’m going to show you the “moveable F chord.” And how it can help make some of those barre chords easier to play in the short term.

You know… these ones: 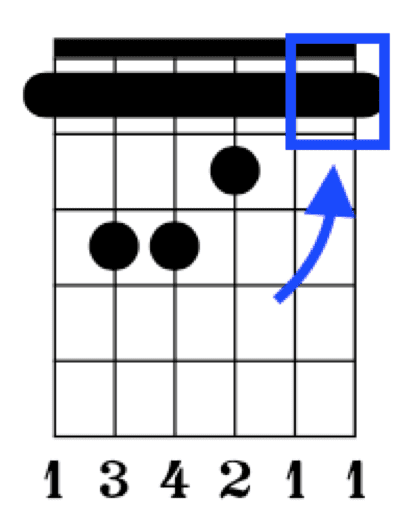 But here’s where the “moveable F chord” comes into play.

There are two popular ways to play the F chord… 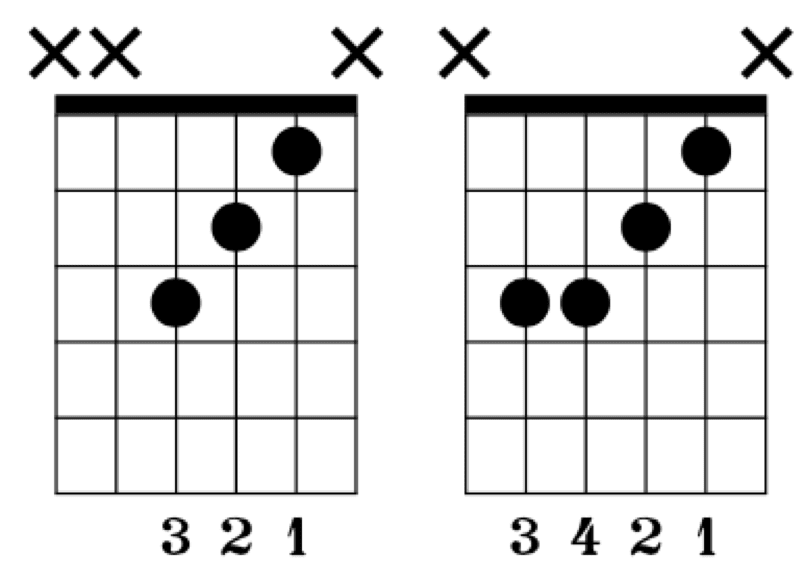 You might be thinking “how can you move this around?”

Well it’s quite simple actually… providing you know where your notes are on the fretboard. (And where your “root note” is.)

This F chord can be moved up and down the fretboard like a slider. So if I want to move this chord to become an “A Major” chord instead… I need to move it up to where the A note is like so: 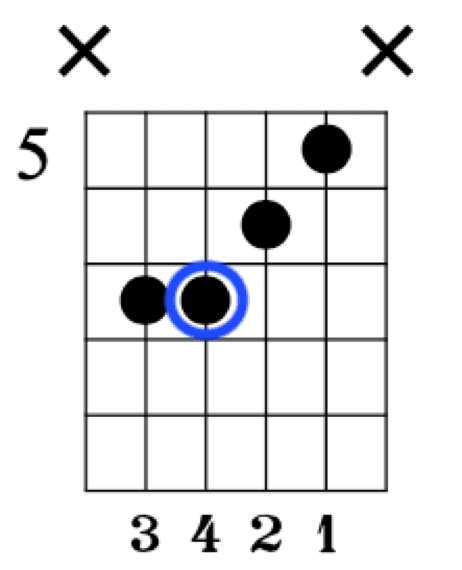 And I can do this ANYWHERE.

Need a Bb Major? Move it to fret eight.

Want to play an F# Major chord? Move it to fret four.

This chord is great.

But it’s not the be-all-end-all solution. Of course there are FOUR barre chord shapes in total…

And each one of them has a little secret to playing them easier while you’re still working on your barre chords.

It should go without saying that this chord is NOT a replacement for your barre chord.

You’ve still got to practice your barre chords.

Carys will speak to you over the phone… and you can get a feel for if we’re a right fit.

If you think we are… I’ll give you a FREE session on me. You can sit down with one of our teachers and know for sure if we’re the right fit.

Can This Video Game Improve Your Guitar Playing?

Okay, I know what you might be thinking… “Darryl, can a video END_OF_DOCUMENT_TOKEN_TO_BE_REPLACED

Should You Be Setting Goals For Guitar?

Everyone knows about the importance of goal setting. But if you do END_OF_DOCUMENT_TOKEN_TO_BE_REPLACED

Do You Believe In This Common Strumming Myth?

There Are Two Paths You Can Take On Guitar…