There are a bunch of different guitar body shape and size. Knowing about them can help us choose the right guitar for a particular playing style. Or even for us to feel more comfortable playing guitar.

There are lots of popular playing styles that can be played with a small guitar. If you want to use this little guitar to play some nice acoustic tracks and do some fingerpicking. Then it should suit you great.

Example of a small guitar includes the Parlour Guitar. 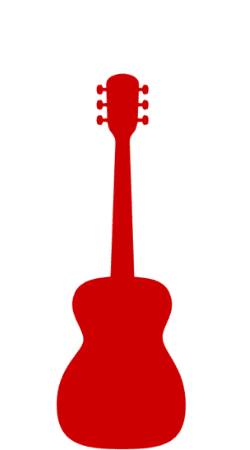 The parlour guitar has a small compact body with a punchy sound with a delicate tone.

The parlour only has 12 open frets.

19th and early 20th pre-war size Martin 1-21 of 1881 was referred to as parlour guitars. And these were made popular by Jimmie Rodgers.

Some modern versions of modern parlours are made by companies like Eastman; Blue Ridge and recording king.

Most parlours have V-shaped necks and a good for songwriting because of their convenience.

The parlour can also be seen as a more comfortable option for players who find large body guitars uncomfortable.

Another take on the parlour size is the travel.

This is a great guitar which is easy to travel with. And is a great option for beginners or kids. Martin, Johnson, and Fender all make their own version of the "travel" guitar.

Middle size guitars exhibit the largest dynamic range and the largest tonal response. They are very balances on both the treble or the base. Because they sit somewhere in the middle. This makes them a nice rounded guitar for the collection.

Medium sized guitars makes a logical choice for a bunch of different styles. Like fingerpicking, flat-picking, and strumming.

The concert and the grand concert are a mid-sized body shaped guitar with a full waist.

Because of their smaller body, these guitar has more controlled overtone. Great for fingerstyle; and perfect for sound projection when recording.

The Martin 00 series were some of the most popular guitars in this category. Introduced in 1877 as gut string guitars and similar to a classical guitar shape.

Some of the famous musicians known to use the concert and grand concert guitar include: Woody Guthrie, John Mayer and Bob Dylan. Bob Dylan's first guitar was a Martin 00-17. 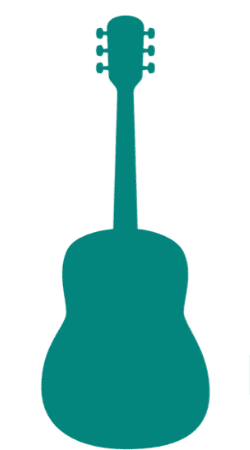 The dreadnought was originally designed in 1915 by Martin D. And first sold by the Oliver Gibson Company on special order.

It was then officially released in 1931 by Martin with country musicians in mind.

This instrument has over the years being played by popular musicians like Johnny Cash, Neil Young.

Dreadnought is often associated with folk music, in particular, the 1960's folk boom. They were also used in bluegrass music .And are now used in different arrays of music genres. 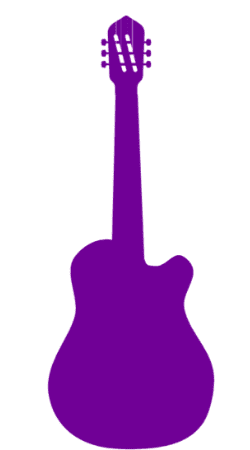 The auditorium and grand auditorium is similar in shape to the dreadnought. But with a much more pronounced waist.

This waist provides a different tone from the dreadnought. Grand auditorium tends to have a mid-range scoop which makes them compatible with singer-songwriters and worship leaders.

A few notable guitars in this category are the Taylor auditorium. And the early 1900 Martin classics. Including the Martin-000 series and the Martin-OM series.

Many artists have played the grand auditorium. But one of the most famous moments for this guitar is the Eric Clapton. Playing it at the unmarked concerts.

The Large body size guitar has the largest bass response tonally. And can produce a loud volume from the resonance.  They make great guitars for strumming. 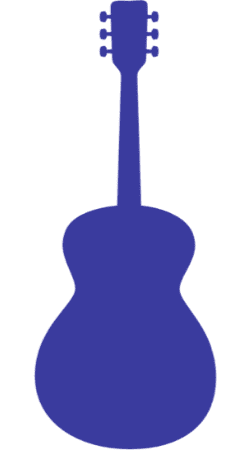 The jumbo has the largest guitar body shape in acoustic guitars.  This shape is responsible for providing more bass and volume.

This guitar was designed by Gibson to compete with the dreadnought. It's designed with maximum resonant space for greater volume and a deep sounding box.

The Gibson j-200 and the superjumbo are the most popular jumbo body types.

The jumbo is widely used in country music and a little in rock music. This instrument is great for solos too.

Other jumbo manufacturers apart from the Gibson. Including, Taylor, Martin, Guild, Ibanez, Ivarez and Takamidi. The last three being Japanese companies who made the jumbo at a cheaper price.

I want to know more about buying guitars

We've written our ultimate guide to buying a guitar here:

Ultimate Guide to Buying a Guitar

Where to buy your new acoustic guitar?

What about electric guitar body shapes?

The difference between electric guitar body styles is simply the lack of a void which is common in the acoustic guitar. The electric guitar is basically a flat board and the sounds it produces do not depend on the shape and size of the body but on the electric conductivity of the strings as well as the bridge type.

I want to take guitar lessons with my new acoustic guitar!

If you would like to take London acoustic guitar lessons, then get in touch with us to find out how we can help.