Once you have learned your basic chords on the guitar, it's time to try new techniques. One of the most common techniques is called fingerpicking. This might seem intimidating for new players, but it is easier than you think.

Fingerpicking involves using the fingers and not a pick. In some cases, you may use a pick, and we refer to this as hybrid picking. Your thumb and the first three fingers of your hand will pluck the strings when you fingerpick. Here is how this works: 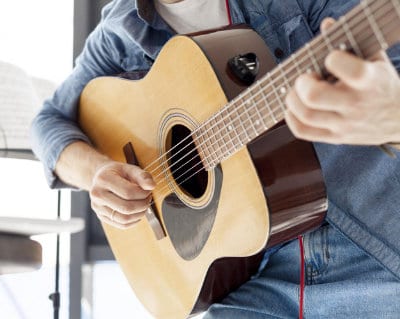 To understand the concept of finger-picking, let's look at a common example using the D major chord.

We can also think of this using the following formula, which makes it easy to play the strings.

Depending on the chord that you are playing, the thumb plays the bass note of that chord. In this case, the thumb is playing the 4thstring. You then play the rest of the strings in the chord with the corresponding fingers. Just remember that the numbers above refer to the strings and not your fingers.

Let's take this basic concept and play a full arpeggio.

Play the 4thstring because it's a D major chord. You then play the 3rdstring, then 2nd, 1st, 2nd, and 3rd.  This would give you a full D major arpeggio.  Let's look at another chord and see how this works.

If we look at the G major chord, the bass string is on the 6th string. We play the 6thstring with the thumb, and then we play 3, 2, 1, 2, 3. This gives us a full arpeggio on the G major chord. Let's look at a full chord progression and see how this would work.

You may be wondering why the G chord and the E minor chord are the same. This is because the bass note for the G and the E minor are both on the 6thstring. You simply change chords, but the strings for the arpeggios stay the same. The only thing that will be changing will be the chord position.

This simple pattern can be followed for every single open position chord. There are many different fingerpicking patterns, but this is a great one to start out with. It is a simple arpeggio that goes down the strings and then up the strings. The thumb is playing the bass note of the chord, and your fingers play the treble strings. 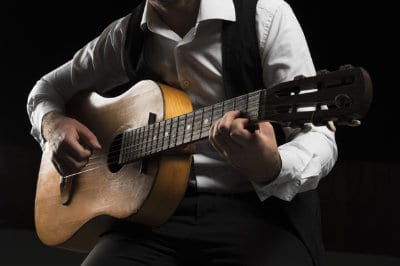 When you start fingerpicking, you'll be developing calluses on both of your fingers. You'll be developing them on the picking hand because you were plucking the strings with the tips of your fingers. You’ll also develop them on your fretting hand because you are fretting the chords. Some people like to use plastic fingerpicks, but you should stick with the fingers at first as the plastic fingerpicks are harder to use.

Play these basic arpeggios slowly to start with. You want to build up speed, but to do this, you have to play the chords slowly before you can speed it up. Try to keep an even tempo through the arpeggios. You could use a metronome to help you accomplish this. Once you start to get good at playing smoothly at a slower tempo, then you can start to speed it up slightly.

Fingerpicking will be easier if you grow out the nails on your picking fingers. You don't want them too long, but you want them to be a reasonable length. You should round them as much as possible and take care of your fingernails while you are fingerpicking. Some people don't like to play with their fingernails and instead use the tips of their fingers. You can do this as well, but you won't get a sound that is as loud as the fingernails produce. 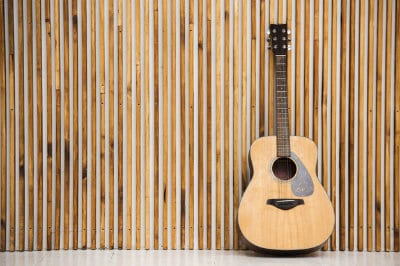 This is a basic introduction to fingerpicking. Try the simple pattern above and see how you do with it. Fingerpicking does take time to master, but it is not as difficult as it seems. Feel free to try other fingerpicking patterns. The number of patterns you can play are almost limitless!