There is something special about seeing live music. I was fortunate in my youth to see quite a few concerts. This was one of my major inspirations for playing my guitar. I got a lot out of these shows end I have good memories from these concerts that I went to. Here is how going to live shows inspired me to play my guitar.

It's Ok to Make Mistakes, and Things Can Happen

I can remember, as a teenager in the 1980s, going to see Metallica. This was quite an event for me because this was my favorite band at the time. I can remember the opening act being a band called Metal Church. For some unknown reason, their amplifiers stop working during the show. There is nothing that could be done, and they had to cancel halfway through their set. Thankfully, Metallica was able to go on without a hitch.

The reason I am telling you this little story is that you're going to make mistakes playing the guitar. Sometimes things won't work out like you want them to. You're going to have setbacks, and things might not go your own way. You have to pick yourself up and start all over again. It takes a lot of effort to get good on the guitar. You can't quit just because you have a small setback. The band that had their amplifiers blow out on stage went to their next show and kept on playing. This sort of thing happens all the time. You have to rise above the challenges and keep playing your instrument.

This year the Rolling Stones go on their 2020 No Filter World Tour. I can remember seeing them in the late 1980s-90s during the Steel Wheels Tour. At that time, I was playing a lot of hard rock and 80s heavy metal music. I discovered something interesting when I went to see the Rolling Stones. I didn't know a lot about them at the time. They were playing music that I found quite interesting. I had not listened to tot the Stones much up until that concert.

I wondered how they got the sounds that they were playing. They seem to be playing rock and roll music, but it had a different edge to it. I didn't know a lot about blues guitar at this time. Once I went to see the Rolling Stones, I started to explore this music more. Seeing them playing live inspired me to pick up a lot of the albums from the old blues players. I started listening to music such as Robert Johnson, Muddy Waters, and so on.

Whenever you go to see live music, it can inspire you to try different genres that you might not have ever tried before. It can be fun to go back and explore the roots of your favorite artist. You will learn where they got the inspiration for many of their songs. This can help you a great deal in your own guitar playing. 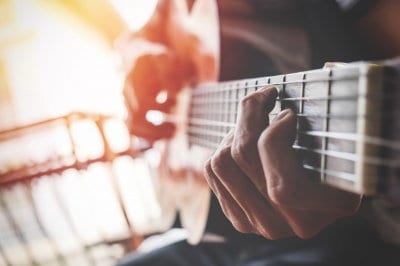 It Made me Want To Get Better

It's quite exciting to go see a live show. It can inspire you a great deal, so you want to get better on the guitar. Seeing your favorite artists up on stage makes you want to be up there with them at the same time.

If you've been feeling discouraged with your guitar playing, go see a live show. You will find that it can give you a lot of confidence and a new zest for picking up your guitar again. Live music is one of the best ways to stay inspired. The band is able to whip up the crowd, you're listening to your favorite songs, and you're having a good time. This is what music is all about. It's about sharing who you are as a person inside.

You don't necessarily have to be the best guitar player on the planet. The thing is, you can't get better on the instrument unless you practice. The more often you pick up the guitar, the better you will be. Go see some live music and gain inspiration to pick up the guitar again and start practicing. 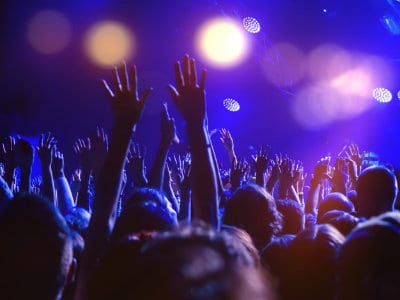 Go and see some live music if you need some inspiration for your guitar playing. Seeing music live will leave you with a very good feeling inside, and you’ll want to play your guitar again like never before.