These were the thoughts swimming through my head.

Whenever we want to stop (or change) anything… it can be tough.

Oh and don’t worry… I’m not talking about guitar.

No… I’m actually talking about coffee. 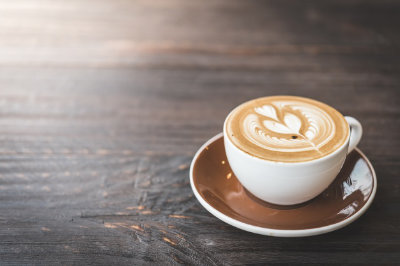 It became like a habit. I would roll out of bed in the morning…

Only to stumble sleepily into the kitchen to make myself a black coffee.

I used to love it! I always felt so energised after. Ready to take on the world.

But the coffee came with a price…

While I felt super energised… inevitably the infamous “caffeine crash” would follow after.

It left me feeling worn out… lethargic…

So like any relationship that’s come to an end… it’s time for us to break up.

Breaking up from bad habits

Over the last week I haven’t drunk a single cup of coffee. And let me tell you… the first few days were… interesting.

I woke up in the morning feeling even more tired than usual.

I had a headache… felt dehydrated. Every part of me wanted to give in… and go back to that sweet black nectar.

And after the first week… I already feel better for it.

I feel more alert (naturally)... and my stomach doesn’t have this weird ache.

So… why am I telling you this story?

It’s not to rant about how you should quit coffee.

The most recent? How I picked the strings on the guitar.

I do a lot of lead guitar playing (soloing)… and I used to have this certain way of picking. 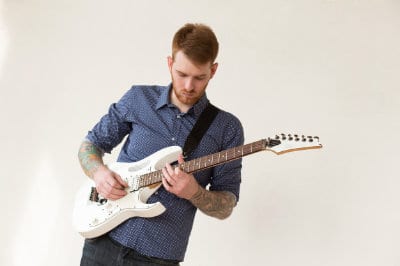 But as I made the shift… I couldn’t play any of the old songs anywhere close to the speed I used to be able to.

That little part of my brain would say “let's go back to the old way.”

“Resist!” I thought to myself…”Resist!”

And you know what… every change I’ve made like this has always been for the better.

Getting over the first few weeks of old thinking

It’s always tough in those first few weeks… or even months.

Or perhaps they’re going to be coming up in the future.

Or how you think about playing… it always feels tough to begin with.

But over that horizon… things do get better.

This is why beginner guitar players have it best.

If they can find a great teacher… the foundations can be set strong.

For the rest of us who have been playing for a while… we’ve just got to ‘suck it up’ and undo some old habits.

Like I say… it’s not the most fun… but it’s worth every second of it.

Whether or not you know who "The Police" are (the band, not END_OF_DOCUMENT_TOKEN_TO_BE_REPLACED

It’s no secret that guitar players struggle to find time to practice. END_OF_DOCUMENT_TOKEN_TO_BE_REPLACED