It is fairly straight forward to come up with a chord progression for pop music.

You certainly do not have to be a genius to get it done. The typical pop song is either in a major or minor key. The first thing you need to do is to pick a key to work in. 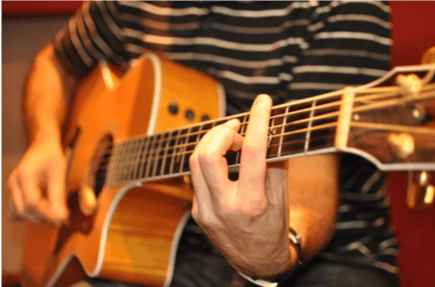 Picking a key to work in

Let’s pick C-major for this example. To make things simple, we will be using only the chords in the key of C-major. To understand what the chords are, we need to first know the C-major scale:

To work out the chords in the key of C-major, we will form a chord for each of the notes on the scale. When forming a chord, we are only using notes that are part of the C-major key:

Each of these chords can also be described as a chord degree.

Each of the chord degrees also has a function. A harmonic function describes the role that a particular chord plays in a larger harmonic progression. 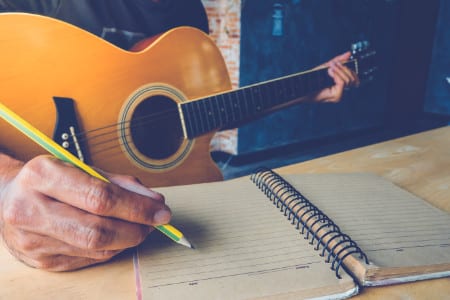 Here are the functions of the major scale chord degrees

Now that we know about the different chord degrees and functions of the chords, we can start to look at our chord progression in more detail. In pop music you will often find melodies with an amount of bars that is divisible by 4. Therefore, typically you will come across melodies with a length of either 4,8,12 or 16 bars. Let’s pick 8 bars for our example. Our goal is to fill each bar with a chord that is in the key of C-major.

It is very common for a song to start and end from the first degree chord. This means that a piece in C-major will often start and end with a C-major chord. Let’s place two C-major chords in our 8-bar structure at the beginning and end:

Next, we will want to work on the chords in between the two C-major chords. At the end of a pop-song, it is very typical to use a dominant chord before the tonic chord. Let’s place the dominant G-chord at the end before C:

Now that we have our basic chords figured out, we can start adding more chords to the chord progression. We could add any chord from the C-major scale inside the structure we have created. Some chord structures will sound better than others, but it is up to you to decide which chords you want. Let’s place e-minor and F-major into the second and third bars:

After a dominant chord, it is typical to have a tonic chord. Since we have the C-major chord as the last chord of the entire composition, we could now use a different tonic chord as the next chord. Let’s try a-minor:

We are at the point where only one chord is missing. This chord is in between a tonic and a dominant chord is most often a subdominant. Therefore we can now place d-minor, the subdominant chord we have not used yet, as our remaining chord in the progression:

Remeber, the general rules given in this article are meant to give you some direction as to what is common in tonal music. You certainly can and should break these rules, because music composition is not about rules written on paper. It is about what sounds good, and what you, as a composer, want to express through your music!

Matti Carter is a composer and piano instructor based in Tampere, Finland. He teaches piano at a piano school he founded in 2016 in Tampere. If you are interested in taking piano lessons or have any music related questions, feel free to contact him.